In this project, the Belgian Welding Institute (BWI) and OCAS investigated methods to improve the fatigue properties of welds on high strength steels (HSS) by different means. Two re-melting techniques (TIG- and Plasma dressing) and one mechanical technique (Pneumatic Impact Treatment, PIT) were applied and compared.

The project DURIMPROVE was funded by the Flemisch Government (IWT: government agency for Innovation by Science and Technology). 20 companies contributed to the project.

In the target application field,  construction equipment (i.e. agriculture machinery, ground moving vehicles, cranes, busses, general mechanical construction, etc.), weight and cost savings are the goal for many manufactures; either to improve the pay load / deadweight ratio or to reduce energy consumption. The choice for high strength steels seems obvious, because thinner material can be used.

By re-melting the weld toe, the geometrical transition from the weld metal to the base metal is smoother. This results in better fatigue properties.

Another way to improve fatigue properties is the application of a hammer treatment, which creates a smooth transition at the weld toe and introduces compressive stresses. In the DURIMPROVE-project, Pneumatic Impact Treatment (PIT) was used. 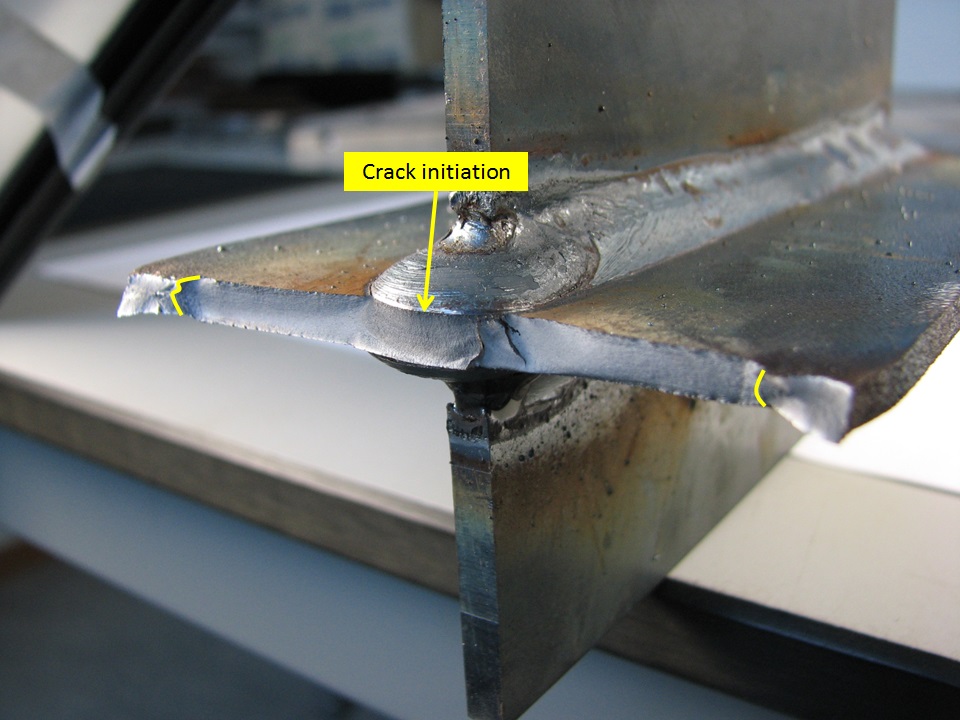 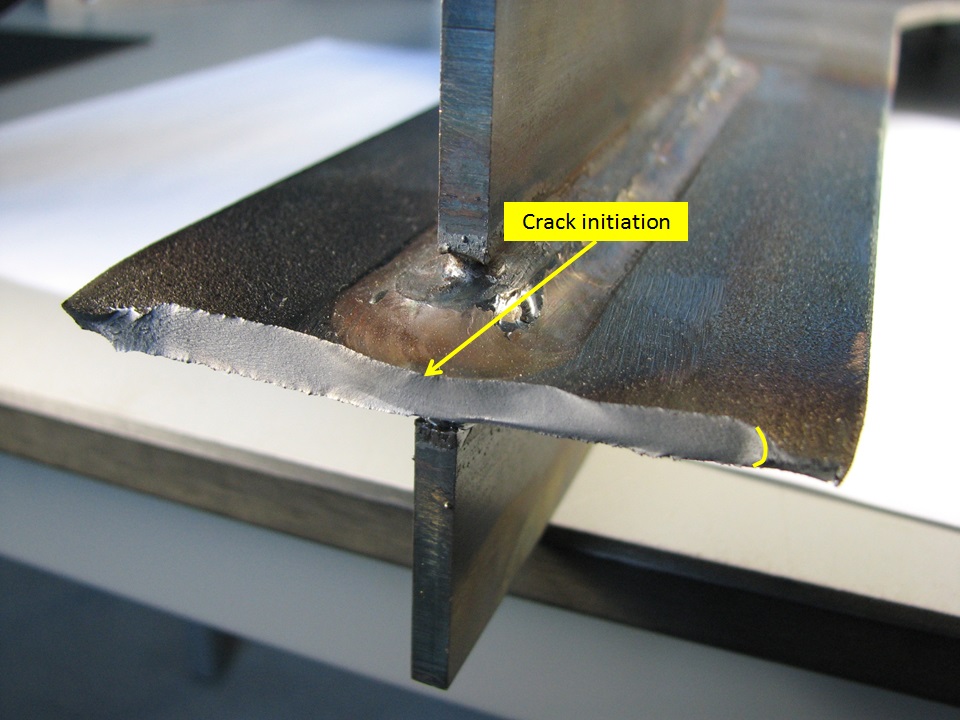 In an extensive generic test program, Wöhler curves were composed for non-treated welded joints (as-welded) and for post-weld treated welded joints in S420MC and S700MC steel grades. The improvement obtained with TIG- and plasma dressing was equal. Therefore the results of both remelting techniques were grouped in a single curve, as shown in figure 2. This figure shows the Wöhler curve of longitudinal stiffeners in S420MC in 10 mm thickness in As Welded condition and the improved curve of TIG- and plasmadressing. 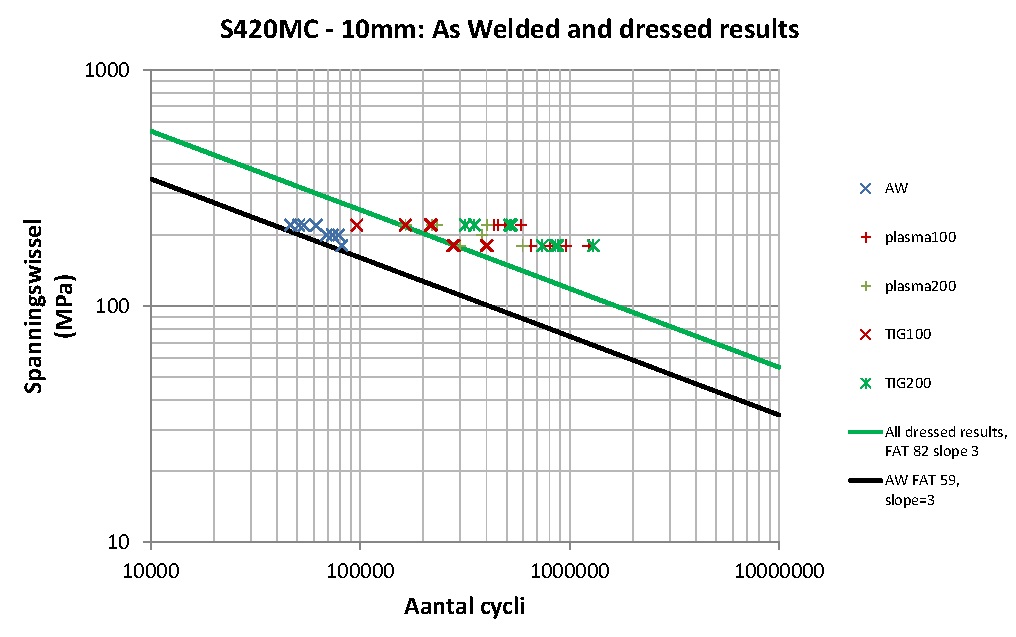 Figure 2: Wöhler curves of welds in the as welded condition and welds improved by TIG and plasma dressing

The increase of the fatigue life obtained with PIT was higher compared to the increase obtained by the remelting techniques. As an experiment, different parameters of the PIT process were applied on fatigue testing specimens. Regardless the variation of the parameters, the improvement was constant. Therefore, a single graph was composed per steel grade and per sheet thickness, as shown in figure 3. This graph shows the improvement obtained with PIT for welded joints in S700MC with a sheet thickness of 10 mm. The FAT-class (this is the design strength at 2 million cycles) increased with 150 %. Furthermore, the new curve for PIT-treated welded joints has a smaller slope; the effect is even larger at low stress levels.

The post-weld treatments were applied on industrial components, 3 of them are discussed in this article. 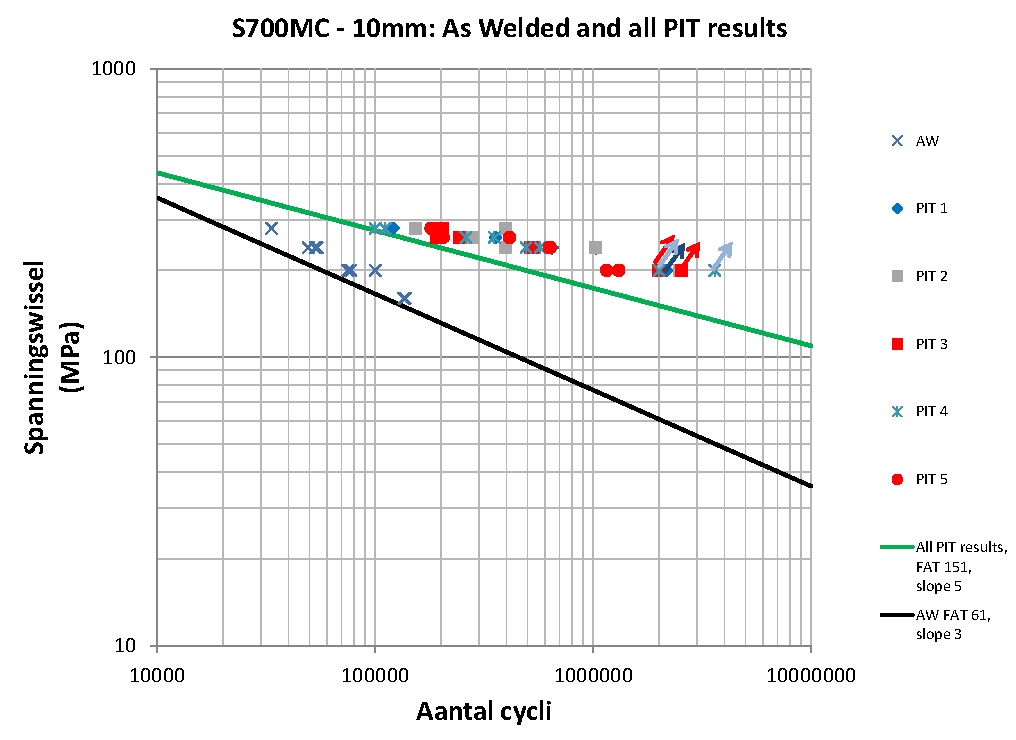 Figure 3: Wöhler curves for welds in the as welded condition and for welds improved by PIT

The steering mechanism of a Dewulf potage harvester is made of S355 (figure 4). Several prototypes were made of the most critical steering lever, using an improved welding procedure and with different post-weld treatments. The best result was obtained with a PIT-treated steering lever made of S690QL high strength steel (figure 5). The life expectation increased 6.5 times compared to the original untreated steering lever in S355. The geometry of the steering lever was not changed, given the very limited space in which the lever is mounted. 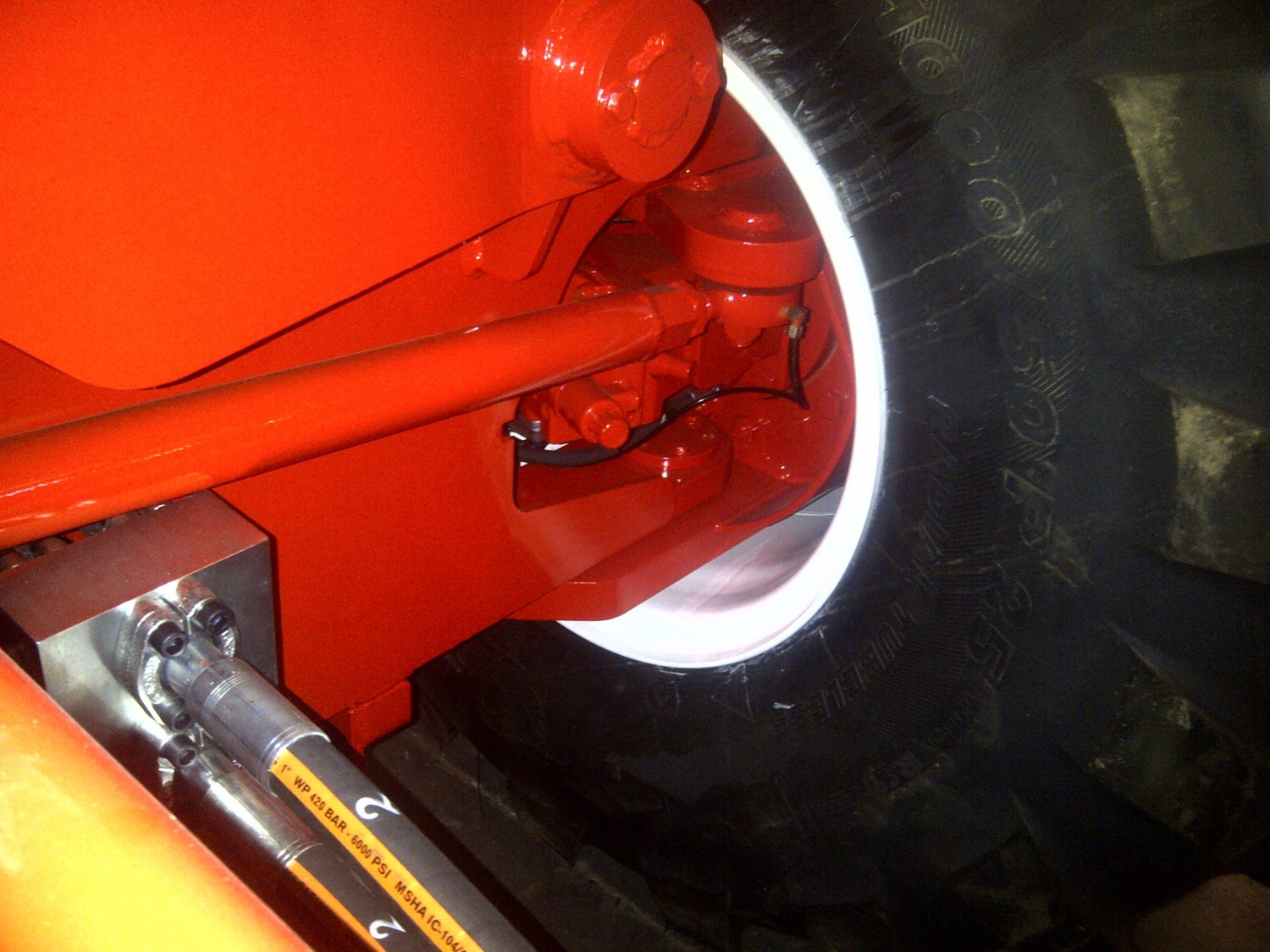 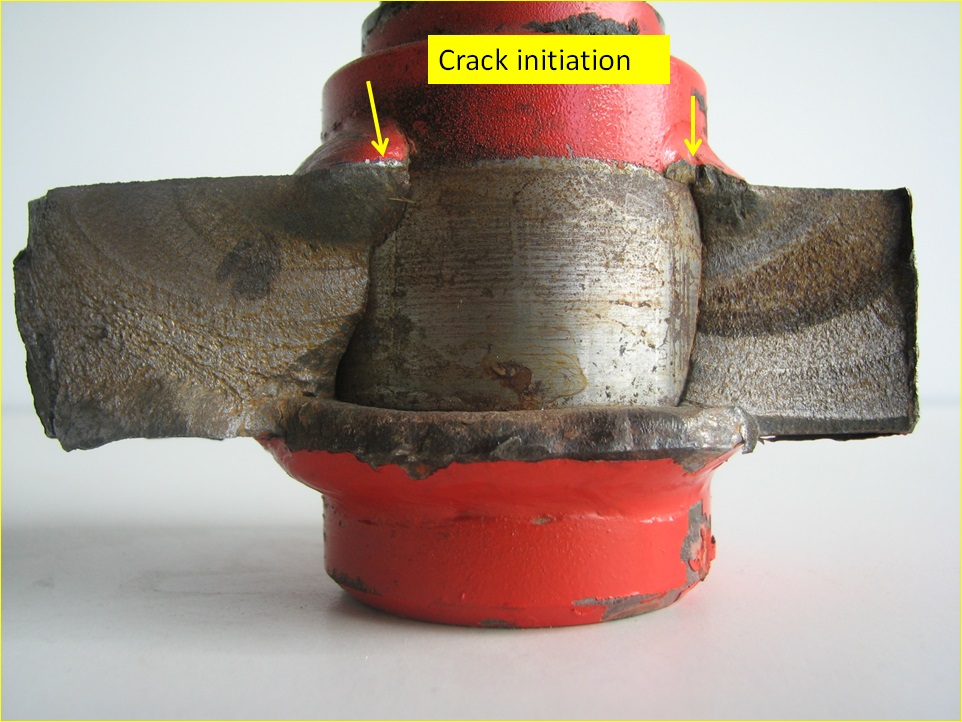 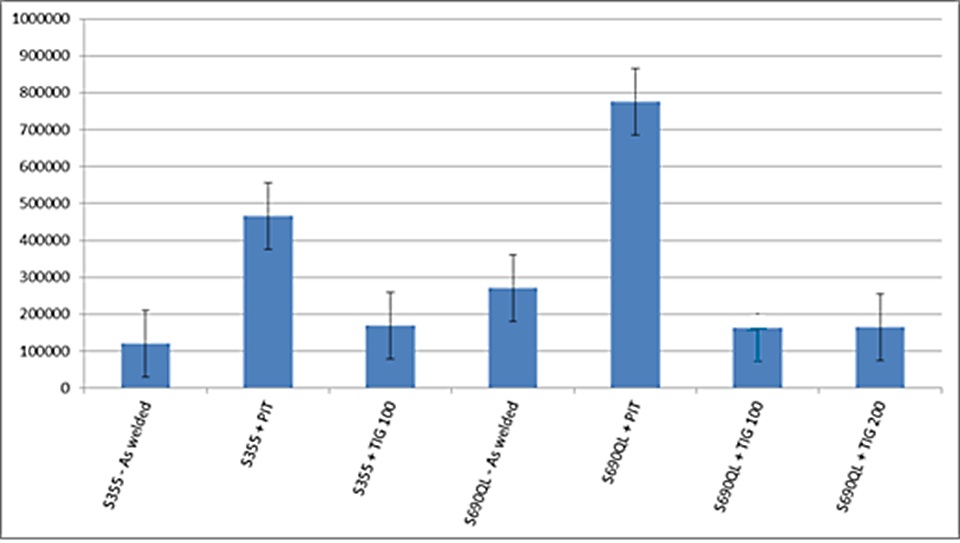 Figure 5: Overview of the fatigue tests: number of cycles as a funtion of the steel grade and the post-weld treatment

The second case that was examined is a bearing house of an industrial washing machine of Alliance Europe. The bearing house is located at the back of the washing machine. At one side, the washing basket is mounted, at the other side the engine power is transmitted. The maximum fatigue load is reached when 15% of the maximum payload (90 kg) is present in the machine at a rotational speed of 750 rpm. This unbalance at 750 rpm is used as a fatigue test by the manufacturer, the so-called ‘out-of-balance test’ (see figure 6). 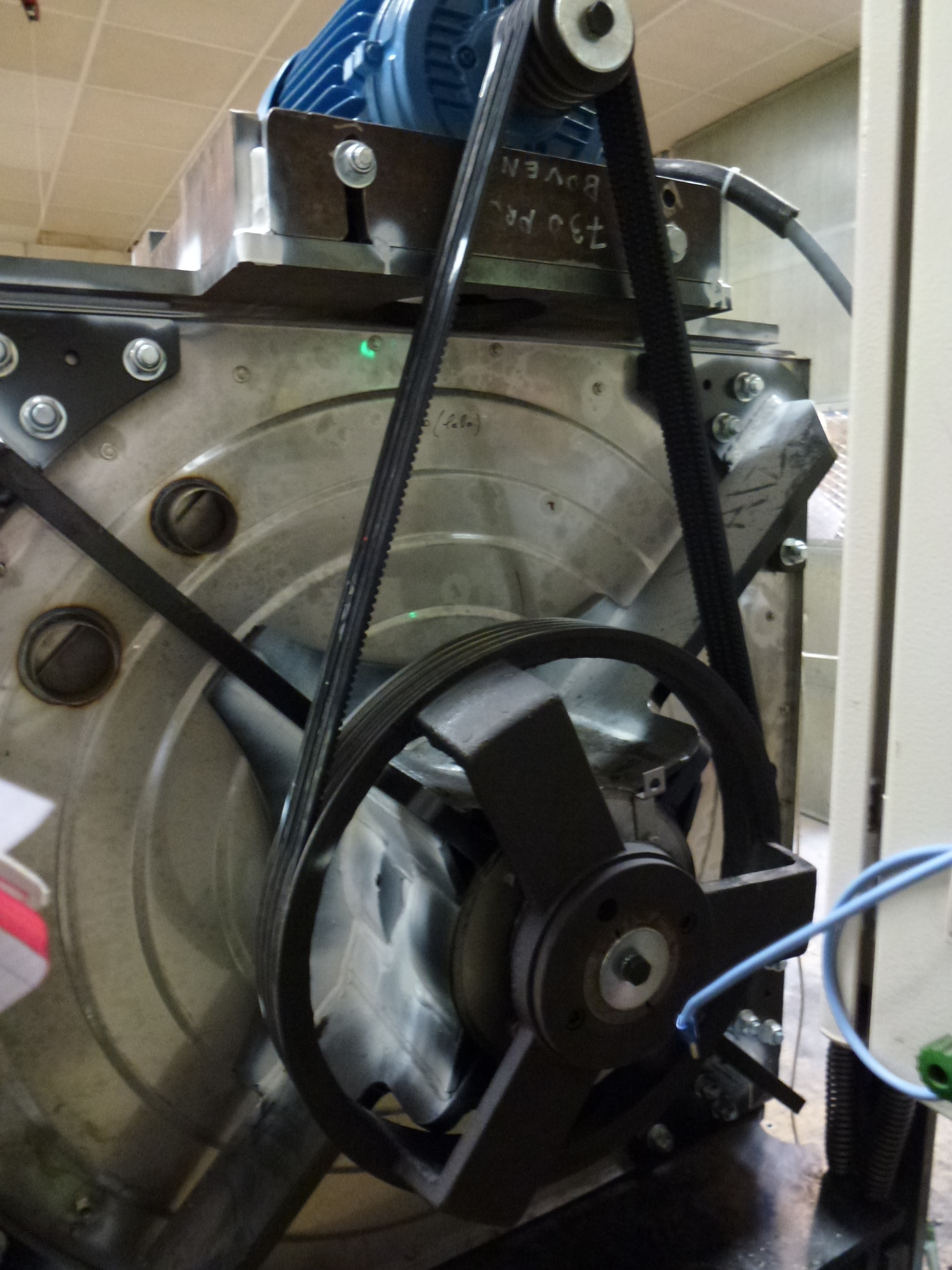 The original weight of the bearing house is 281 kg and it is composed of S235 steel. Out-of-balance-tests performed in the past reached 130 hours on average, until a fatigue crack appeared in one of the four arms at the transition between the star-shaped reinforcement and the arms (see figure 7). The ambition of Alliance was to extend the lifetime up to 500 hours without fatigue crack initiation. Weight saving as such was not a priority, as it might lead to resonance problems. 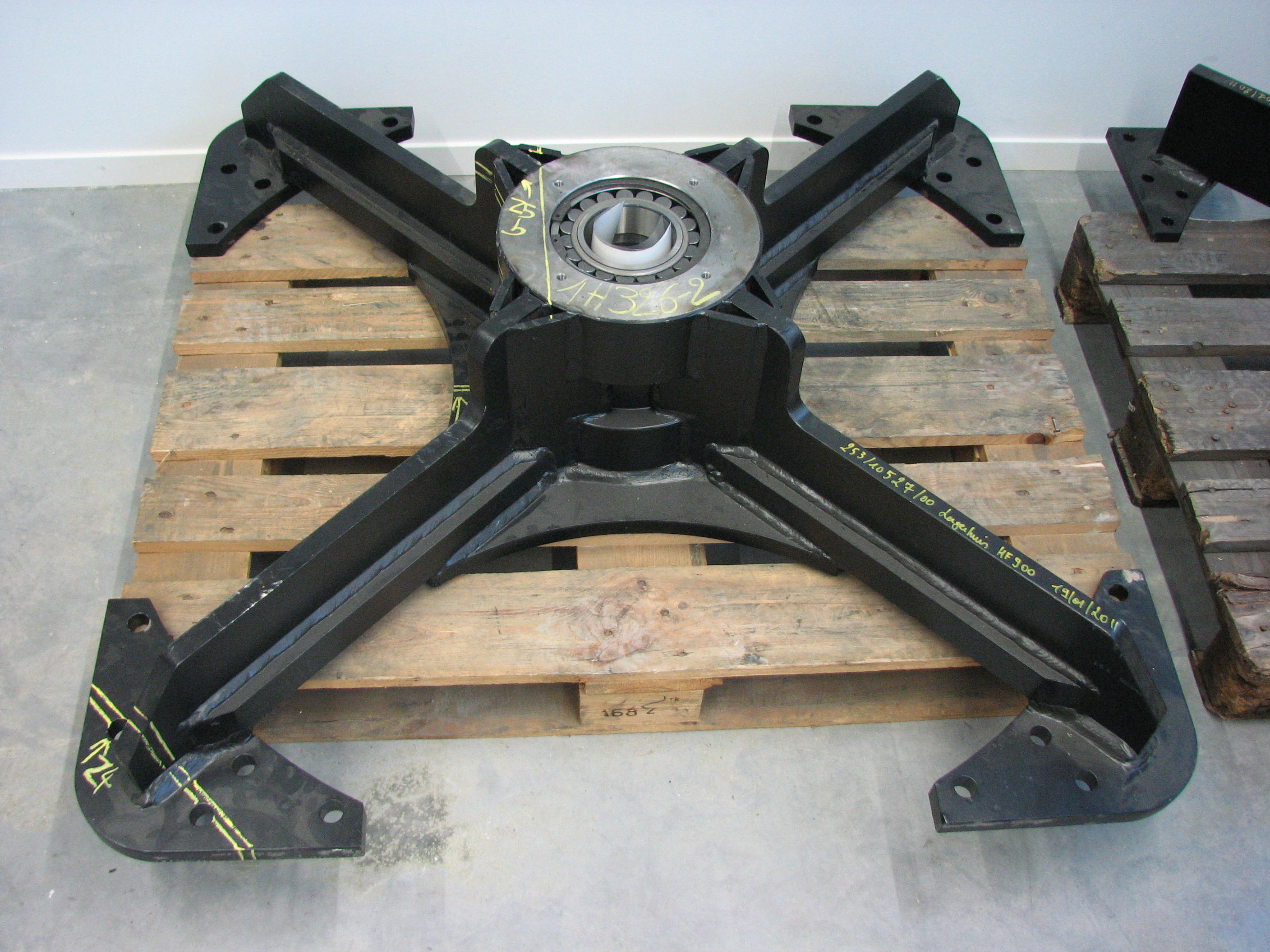 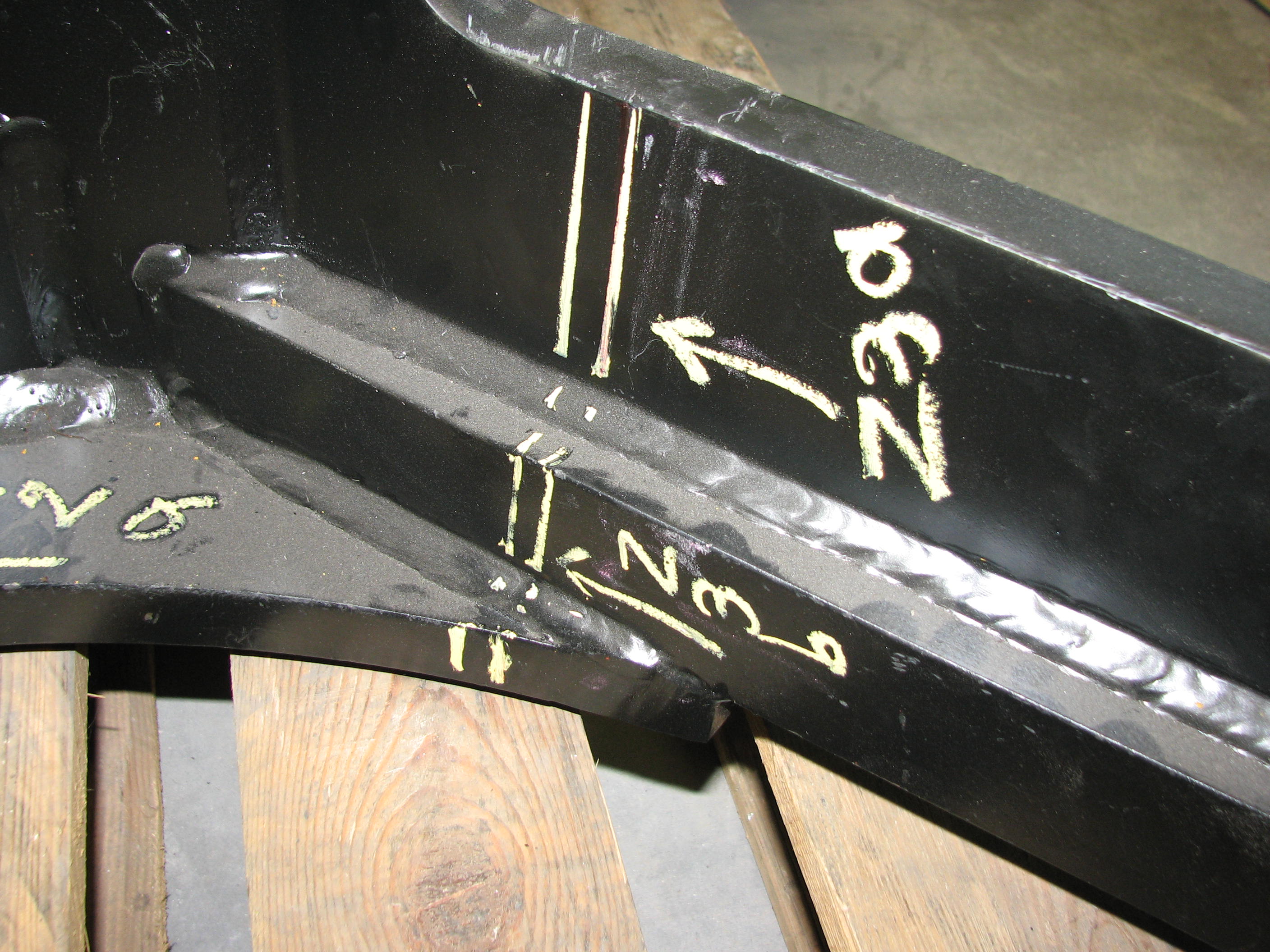 The critical welds of the original design were PIT-treated. The out-of-balance test ended at 349 hours due to the appearance of a fatigue crack. The desired 500 hours, was achieved by a design change (figure 8). The star-shaped reinforcement was integrated in the arms. As the star-shaped part is fully integrated in the arms, no notch effect is present, which is beneficial for increased fatigue resistance (see Figure 8). Furthermore, the additional reinforcement plates, which are present in the current design, were no longer needed.

The new design reached 500 hours in the out-of-balance test without fatigue crack initiation. The weight was lowered by 12 % and 25 % less welding time is required.

The case shows that the use of HSS and the use of a post-weld treatment is not always the best or only solution for increasing the fatigue life of a component. Alliance accepted the design change in their production. 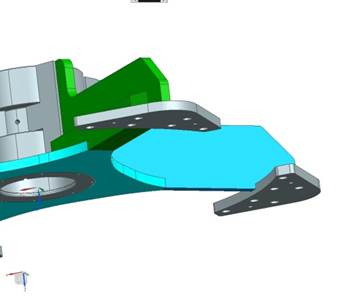 Figure 8: Design change of the bearing house: the star-shaped reinforcement is integrated in the arms. The additional reinforcement plates at the arms are no longer needed

Fatigue tests were performed for the 3 most critical weld details, in order to examine the preventive effect of a PIT-treatment on aged welded joints. It was also examined if fatigue crack initiation can be delayed on hoists which are in service for some years.

The following 3 weld details were examined: 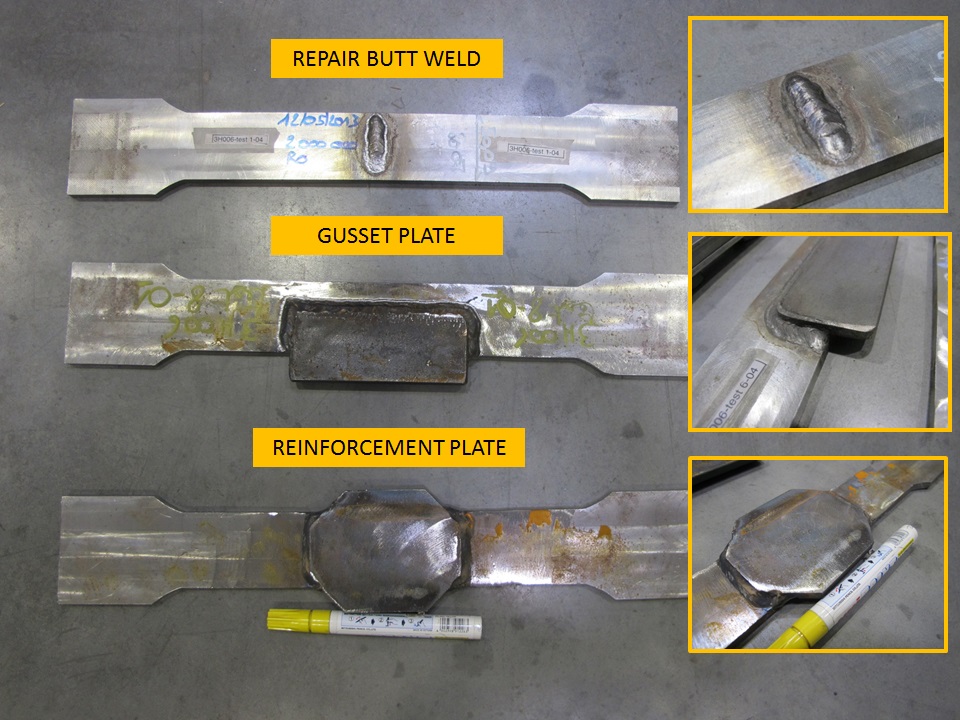 For these weld details, small-scale fatigue test specimens were manufactured (figure 9). First, fatigue tests were executed on the weld details for reference purposes. Second, welded joints were subjected to fatigue loads until a point at which fatigue cracks can be expected like they are in service for years. A dye penetrant test was done to detect surface cracks. If no cracks were found, a PIT-treatment was done on the aged welds. The welded joints then were further fatigue-tested. The results per weld detail are listed below:

The outcome of this fatigue test campaign shows that a post-weld treatment of weld can be used as a preventive measure to delay fatigue crack initiation. Before applying the post-weld treatment, a dye penetrant check must be done.

In general, the DURIMPROVE project showed that fatigue life of welds can be increased by using post-weld treatments, on commodity and high strength steels. The case of the bearing house demonstrated that the use of high strength steel and post-weld treatments is not the only way to increase the fatigue life of a component. A design change led to the desired improvement of the fatigue properties. Finally, the beneficial effect of post weld-treatments was shown on old overhead cranes. Thanks to a post-weld treatment, fatigue crack initiation can be delayed. This leads to significant savings of weld repairs and inspections.